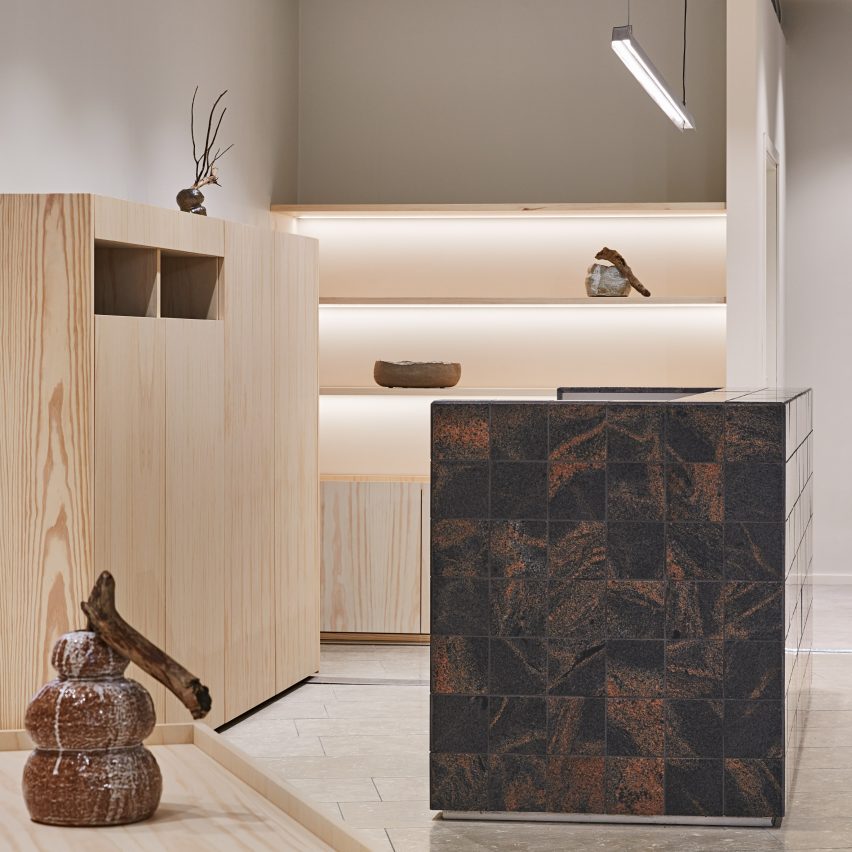 Studio Joanna Laajisto used local materials to fashion the pared-back interior of this womenswear shop in Helsinki, which has been revamped to compete with online shopping.

The shop is one of several Nanso stores that are dotted across Finland.

The brand was established in 1921 and, despite having a loyal following, had recently found it difficult to attract a younger demographic of customers. 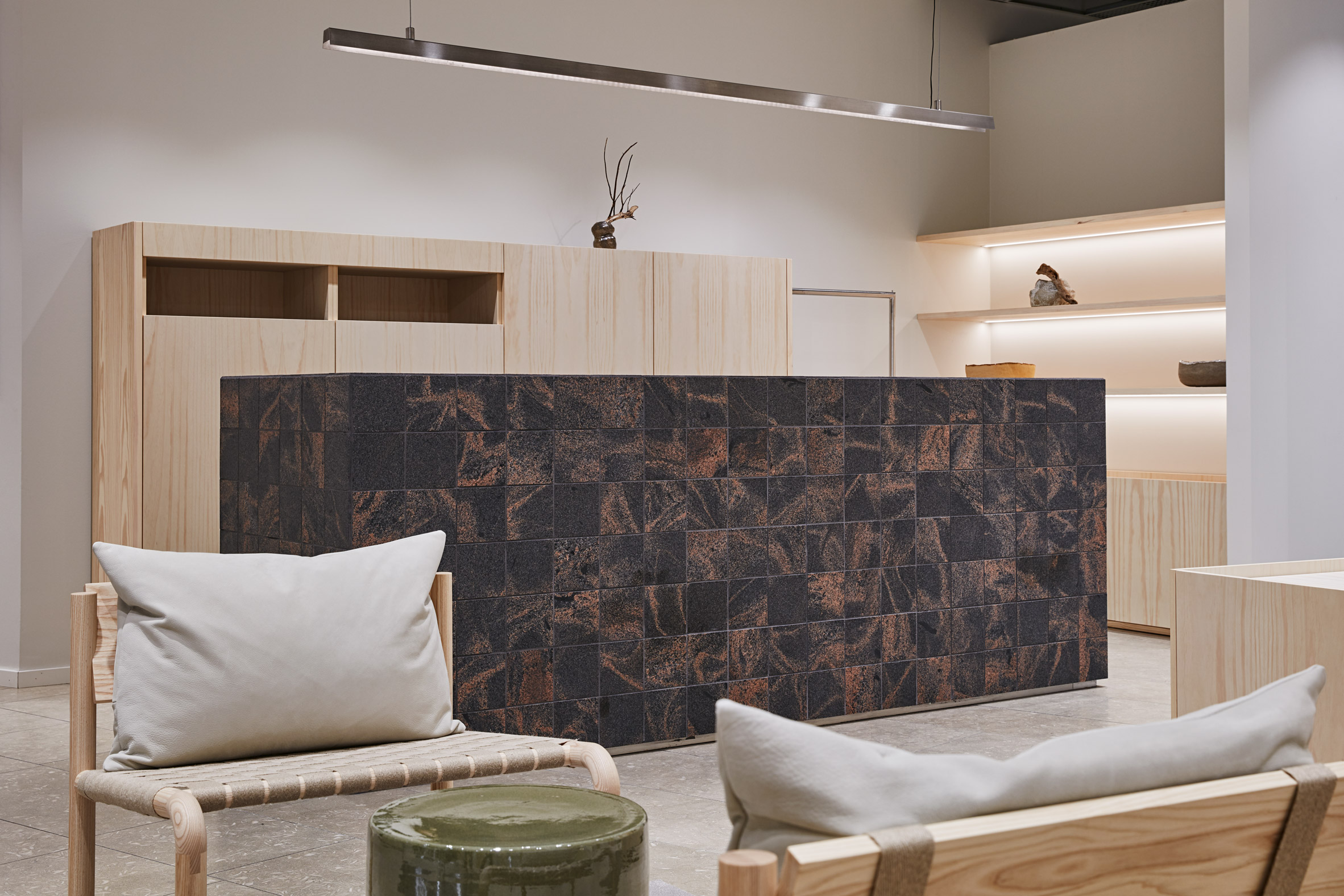 After tweaking its branding, clothing styles and online visual identity, locally-based Studio Joanna Laajisto was brought on board to “rethink the physical world” of Nanso.

The studio began by holding short interviews and design workshops with the target audience. 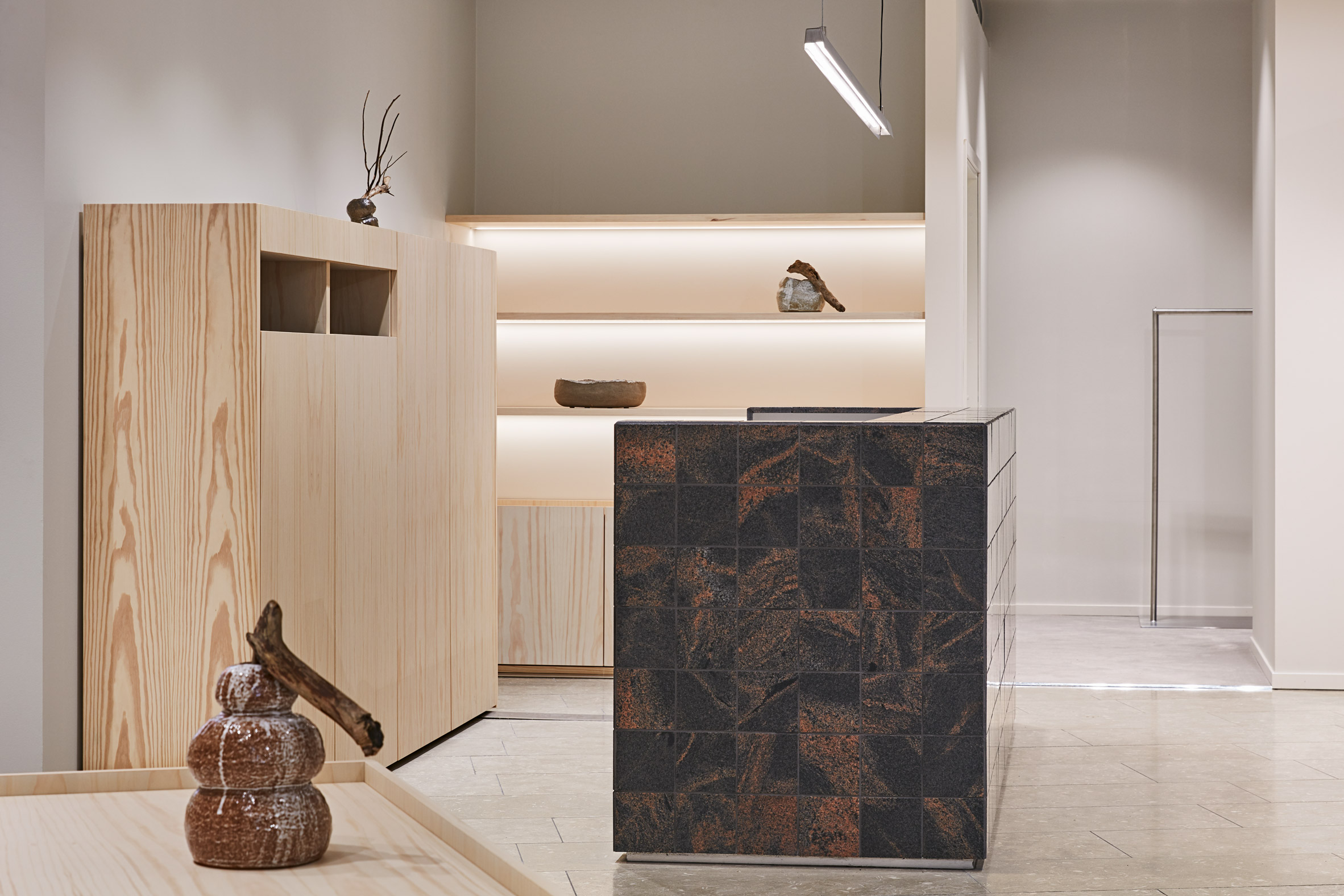 “Key discoveries were that online shopping easily generates purchases of the wrong size and fit, which leads to people feeling guilt and regret,” the studio explained.

“A safe and calm store environment would ensure the conscious customers will make right decisions.” 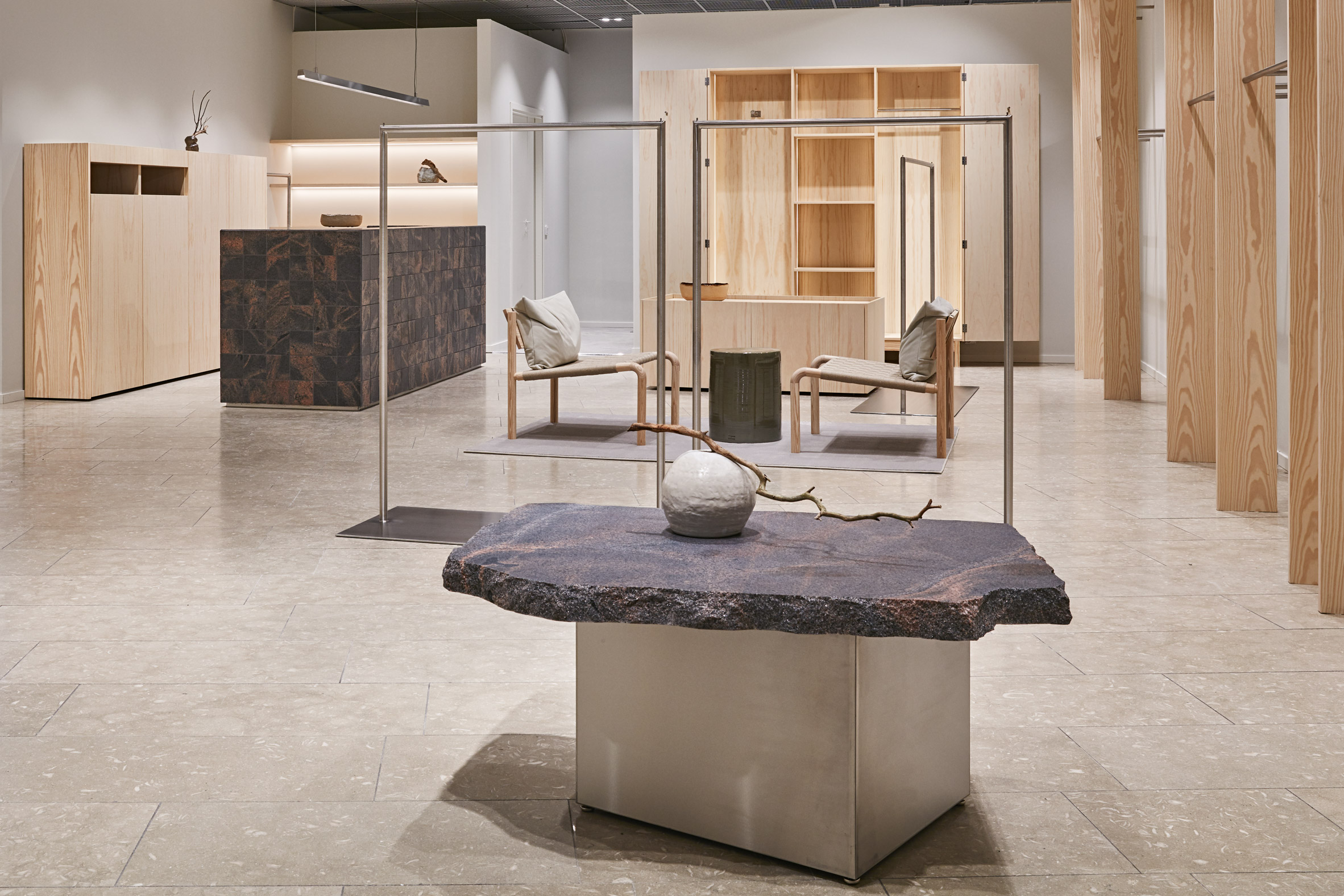 Surfaces throughout the store have therefore been painted a soothing shade of stone-grey, complemented by flecked beige flooring.

To keep the store from appearing busy and cluttered, decor has been restricted to a handful of ceramic ornaments and a couple of bespoke woven chairs that the studio designed in collaboration with Finnish brand Made By Choice. 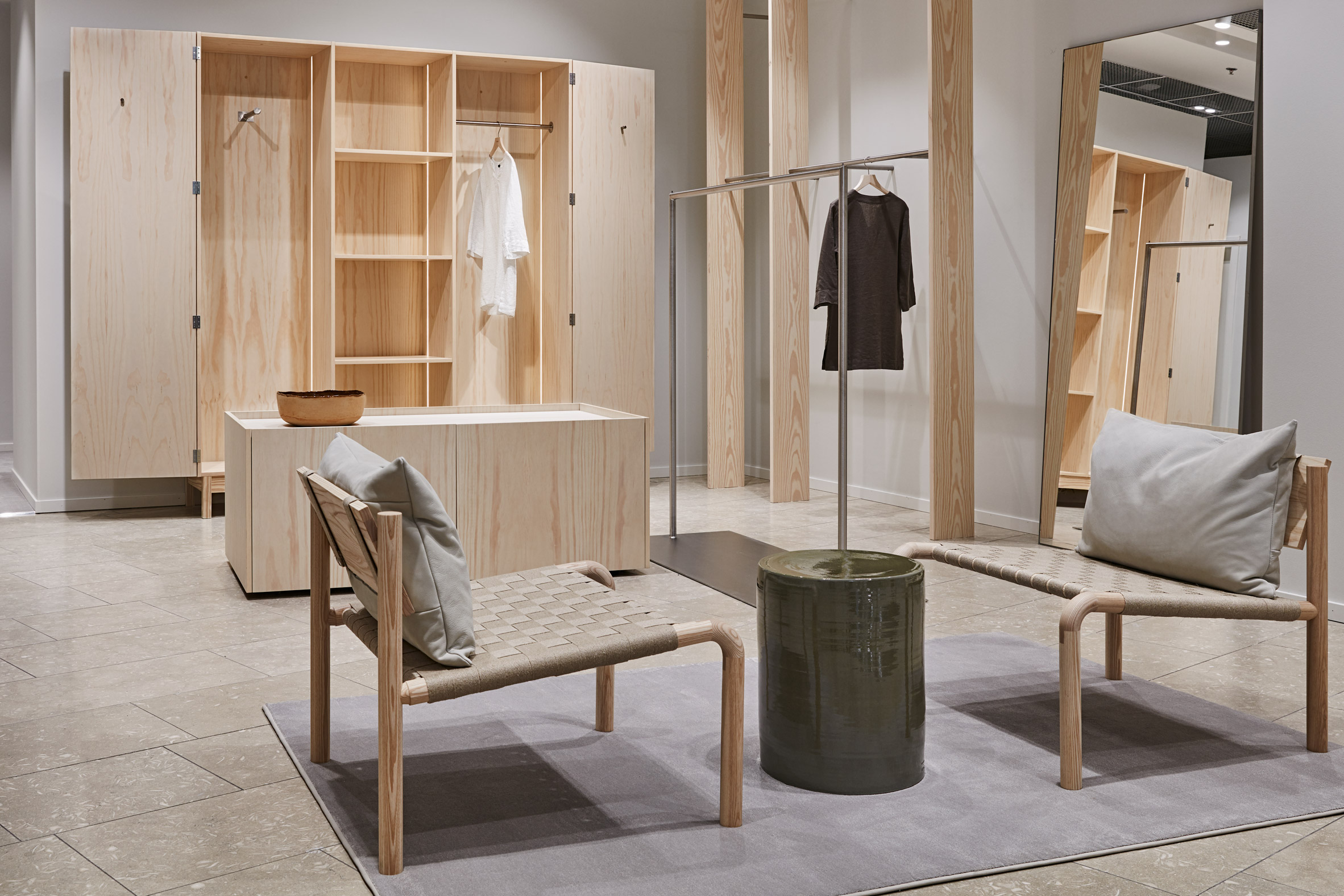 Partitions have also largely been omitted so that passersby on the street can have clear sightlines throughout the store and not feel intimidated to step inside.

Keen to reference Nanso’s Finnish heritage, the studio decided to use red granite from the nearby town of Mäntsälä to make the store’s chunky service counter. 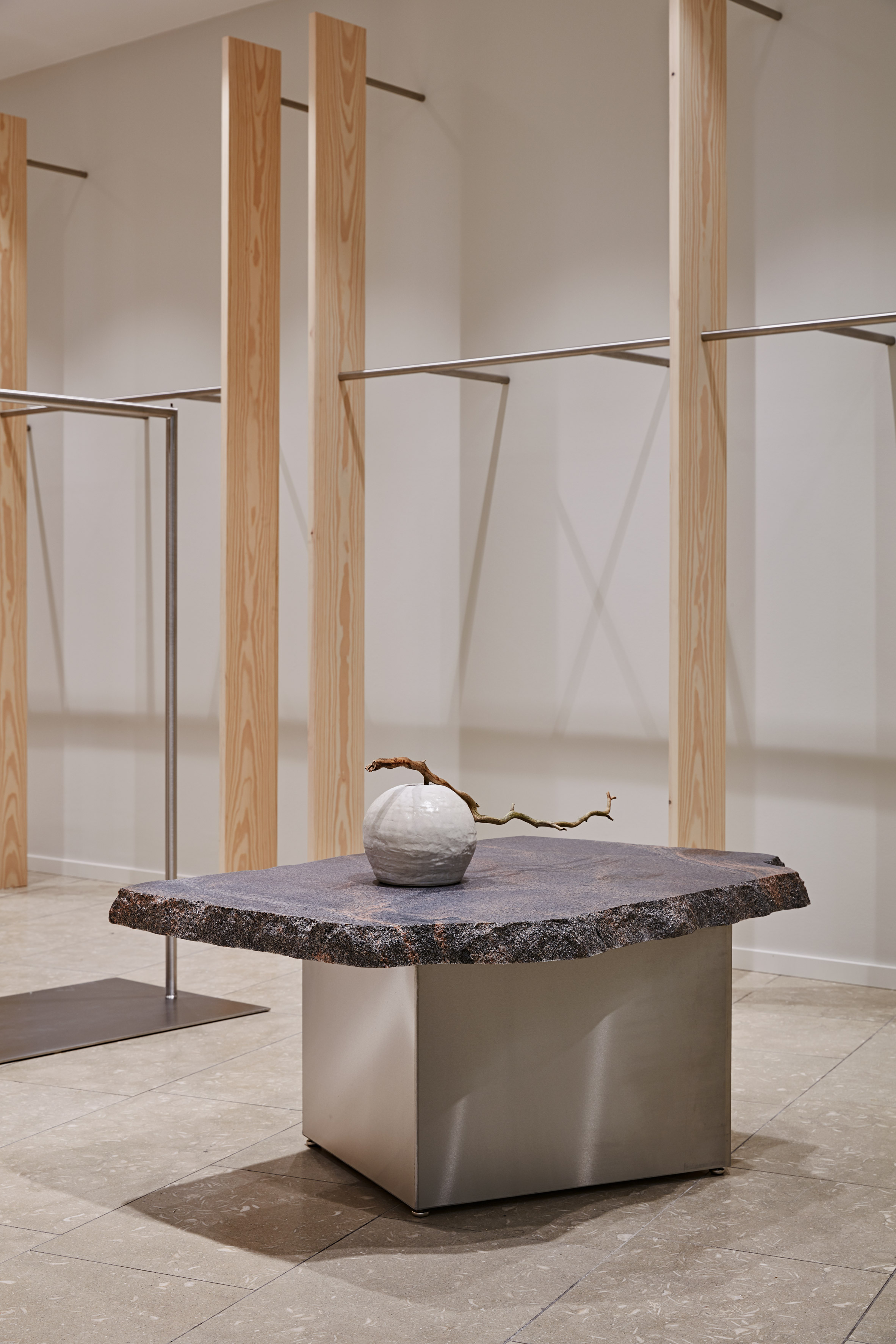 A rough slab of the stone has also been placed on top of a small metal box to form a display stand.

Locally-sourced pine wood has then been used to craft plinths, storage cupboards and the tall beams that support clothing rails. 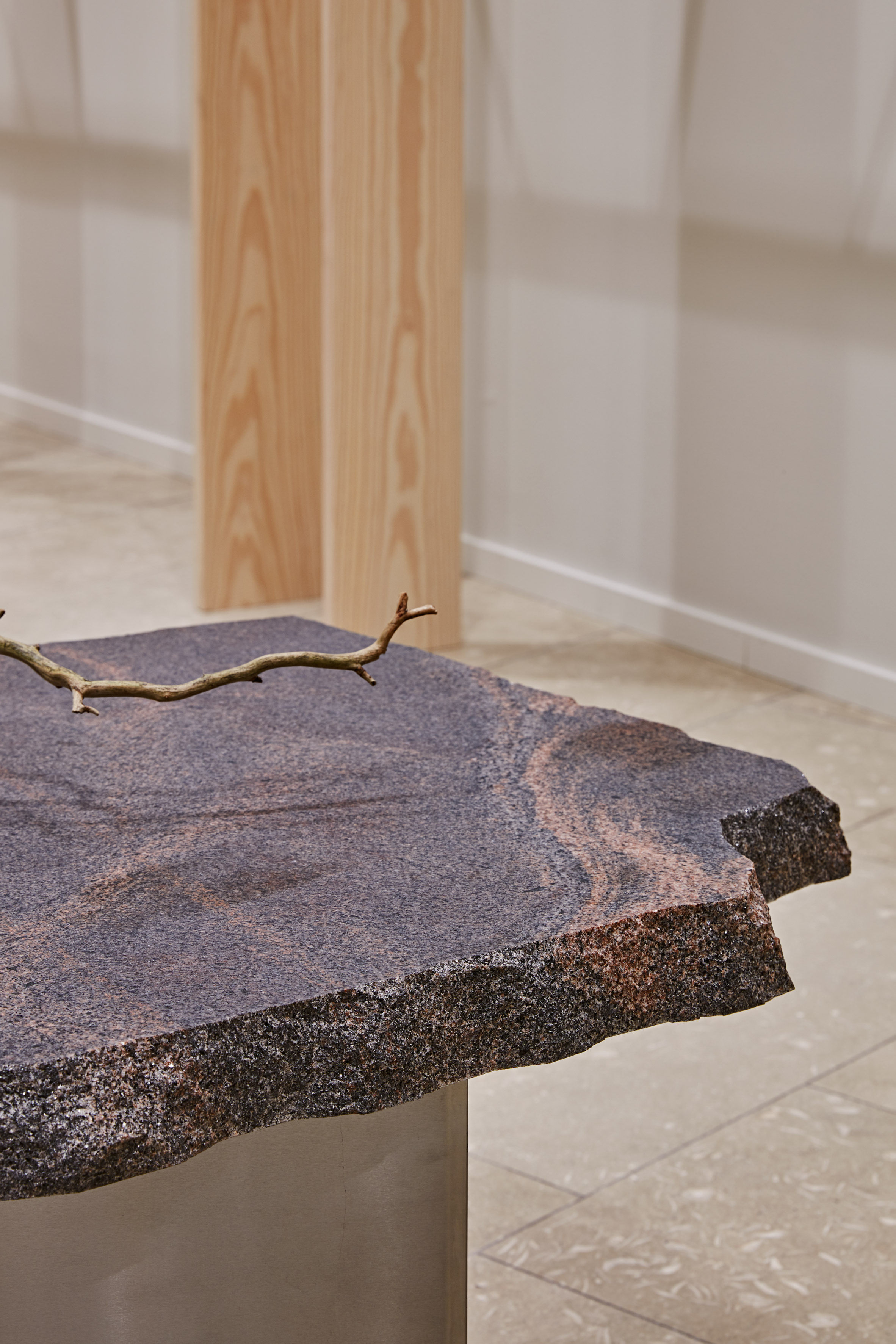 The studio also hoped that the classic and natural materials used throughout the store would reflect Nanso’s creative process and stance on longevity.

“We stand for slow making, which results in carefully considered design that aims to stand the test of time,” added the brand’s head of design, Noora Niinikoski. 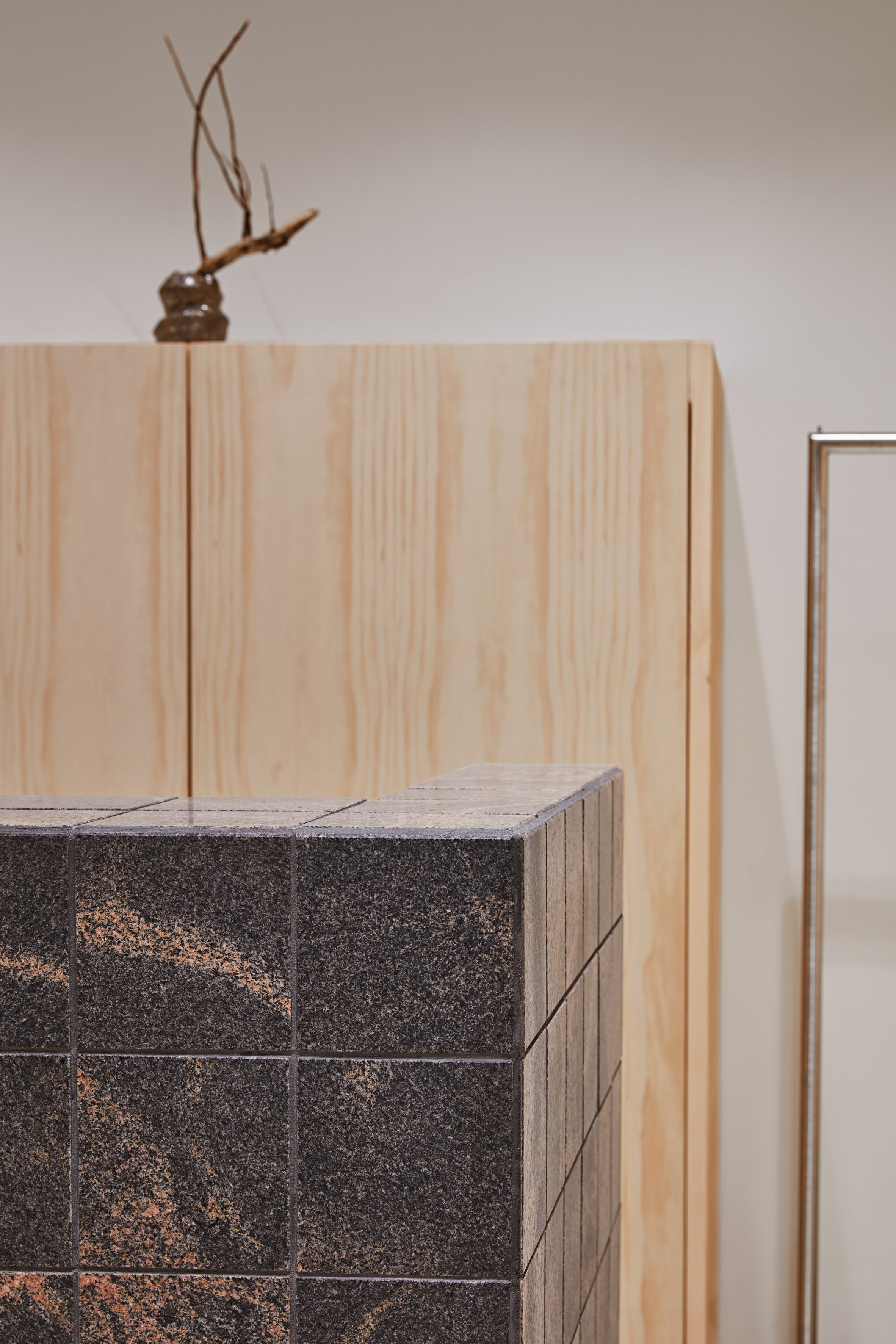 Towards the rear of the store, there is a sequence of spacious changing booths shielded by linen curtains.

Call buttons have also been incorporated so that shoppers can discreetly interact with staff if they need an item in a different size.

Nanso joins a number of projects that Studio Joanna Laajisto has completed in its home city of Helsinki. Others include The Way, a minimalist bakery and wine bar that’s designed to let the organic treats on its menu take centre stage.

The studio has also converted a disused bread factory into offices for Finnish advertising agency Bob the Robot, filling its interior with luxe furnishings that nod to the aesthetic of private members clubs.

Photography is by Mikko Ryhänen.

Home office lighting ideas to brighten up your work space